Greetings to all, Today we are going to upload the Class 10 Science Chapter 9 Heredity and Evolution Notes PDF for the assistance of all the students as well as teachers. CBSE Class 10 students can make their Science exam preparations easier and more effective with the assistance of revision notes provided by Pdf file Notes for CBSE Class 10 Science Chapter 9 – Heredity and Evolution are obtainable here. These notes are entirely according to the revised CBSE syllabus. All the topics and concepts have been discussed briefly and clearly. Students can direct to these notes for quick revision before the exam to give an edge to their practice level and increase their final score.

Heredity and evolution are the transmissions of characters from parents to their children. An inherited trait that children get from their parents is a genetically determined feature that makes humans distinguishable from person to person. One of the most common examples of heredity and evolution is the free or attached ears, which we can see around us in humans.

In the same way, we can find out other examples in the human body and animals, and this chapter is all about the changes that took place and how. Today we will be providing students with in-depth knowledge of heredity and evolution by showing them the importance of different types of reproductions, genes, traits, and many more.

Heredity
The process by which the features of an organism are passed on from one generation to another is called heredity.

Recessive traits
A trait that is not expressed in the presence of a dominant allele is known as recessive.

Inheritance
In Biology, inheritance pertains to the transfer of traits from one generation to another.
Laws of Mendel
The Law of Dominance says that a gene has two contrasting alleles and one always expresses itself in the organism.
It is called the dominant gene and it expresses in any possible combination.
Law of Segregation says that traits get segregated completely during the formation of gametes without any mixing of alleles.
Law of Independent Assortment says that the traits can segregate independently of different characters during gamete formation.

Traits
Traits are characteristic features of an organism, manifested in a physical form that is visible or in a physiological aspect of the organism.

you can download the Class 10 Science Chapter 9 Heredity and Evolution Notes PDF by clicking on the link given. 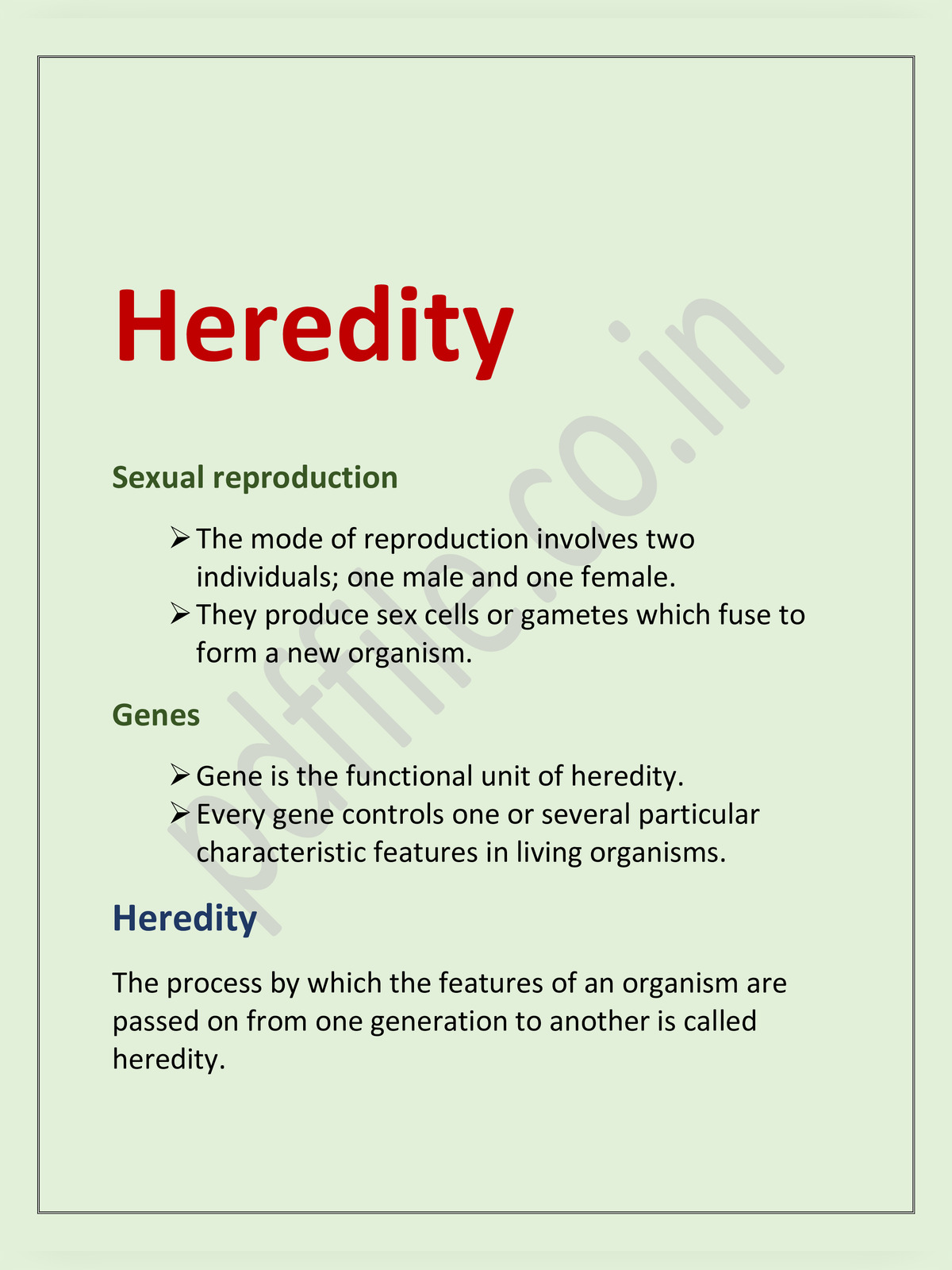